“It is better to travel well than to arrive”

Vizve – A Dialogue with the World

Vizve’ is the Sanskrit translation for ‘Hey World’ meaning the world, the population and nature as a whole.  In Vizve we travel through the coldest place on Earth (Vostok, Antarctica), the driest (Atacama, Chile), the hottest (Dallol, Ethiopia), and finally through the wettest place on Earth (Mawsynram, India).  The piece is inspired by the vivid topic of global warming and the growing use of green energy. Ancient knowledge of the Veda’s is subtly processed in the work, showing another perspective on how the planet evolves through drastic changes of its climate and landscapes. 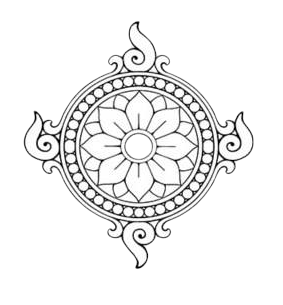 The journey of Vizve starts with the image of the material planet slowly being sculptured and shaped by divine entities of the higher planets. Their energy and creation is expressed through peaceful, fluid and harmonious movements, connecting the male and female energies.

These entities then slowly move into the material world where our journey through the most extreme climates commences.

‘Frozen seas of land
Silently slide and break
To change…”

We begin our global travel in the cold yet serene ice landscapes of Vostok, Antarctica. Slowly the frost takes over the entities to become the ice itself. These subtle but evident changes of the coldest continent on Earth can be found in the sharp yet fluid movements, structures and compositions of the dancers, freezing then melting through and along each other.

Our travel then moves to the vivid land of South America where the presence of humans create all kinds of situations  due to their daily habits and desires. As we enter the magical land of Atacama though people become scares whilst the remaining entities silently move through the deserted land of sand. Inspired by the tragic romantic content of Chilean folk songs a lullaby in the form of a playful duet between the remaining entities is displayed before our journey moves on.

“Black shadows of life
Plunge upon the green savanna
To cloud…”

We have arrived in the mysterious lands of Africa where the presence of its bold and colorful wildlife keeps all entities constantly ‘on their toes’. As we find our way through the African land we slowly arrive in the extremely hot and deserted land of Dallol, Ethiopia. Dallol lays 114 meters below sea level and is known to be the hottest place on earth. This unbearable condition is expressed through fearful, inhumane yet strong forms and gestures displaying the suffering of the living entity in the conditioned and imperfect body it lives in. The need to control and the attachment that lays in identifying ourselves with our temporary body is expressed through intense and unpredictable forms and movements showing us the discomfort and suffering that comes along with it.

During this last part of our journey we are situated in the darkest hours of the night. Once we leave Dallol the pouring rain starts to come down, soothing the suffering entities and cleansing their minds from worry. As we enter the land of extremities known as India, we slowly feel a comforting and uplifting energy coming in influenced by the rise of the sun and the mode of goodness that arises at this time of day.

We travel through colorful India and its crowded cities full of people, animals and vehicles all trying to make their way through the day. Here the constant noise, quarrel and activity is expressed in a high energy dialogue of the male dancers, battling each other with their skills and powerful presence.

This brings us to the age that we live in now, also known as the Age of Quarrel (=Kali Yuga) as described in the ancient Veda’s. Kali-Yuga is known for the diminishing morals and human capacities that slowly but firmly take over the planet, making way for chaos, deterioration of knowledge and the falling of morals and prescribed duties. As the Veda’s describe, the Yuga will end in a massive flood, laying the Earth under water for another thousands of years.