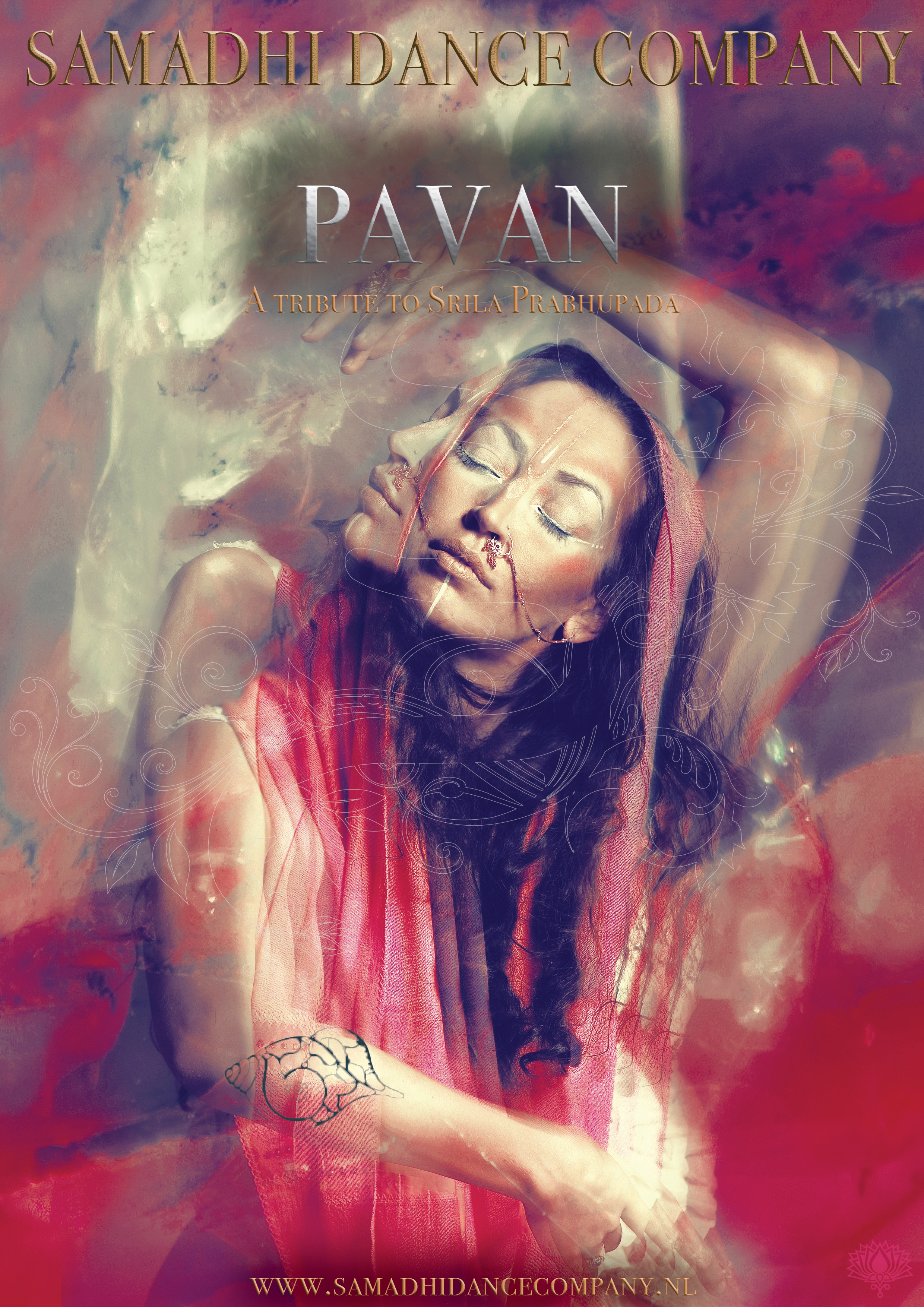 ‘Pavan’ – Sanskrit for ‘purifier’ – is an intimate dance performance  where the dancers seek to hear and express the voice of their heart. This touching journey explores the meaning of self-realisation and the need for purpose. ‘Pavan’ is inspired by and dedicated to the revolutionary spiritual leader A.C. Bhaktivedanta Swami Prabhupada (1896-1977). ‘Pavan’s choreography shows both harmony and distortion in movement, symbolising the contrast between a consciousness led by the soul (harmony) versus a consciousness led by the mind (distortion).

The movements and imagery of puppets on a string versus graceful peacocks served as inspirational sources in Sundari’s creative process. The peacock’s grace and its mystical symbolism in Vedic culture as the symbol of the cycle of time, portrays the harmonious consciousness of one who is in touch with his or her authentic self, naturally graceful and balanced in execution. The quirky moves and distorted, disjointed gestures of a puppet represent the individual struggling with his or her authentic self and in search of one’s true identity. The diverse strings of the puppet are pulled by all kinds of ‘puppeteers’ so to speak, such as the mind, one’s environment and cultural upbringing, modern society, the false ego etc. This chaotic way of moving the body shows the confusion of the individual when he or she does not follow his or her own path, pulling the entity down. Whereas the influence of inner harmony when following one’s path or ‘dharma’ can pick up, ‘lift up’ the entity, giving him or her the experience of harmony and bliss.

The first part of ‘Pavan’ titled ‘Jiva’ (spirit soul) deals with the soul’s first encounter with the material world and its body. The second part titled ‘Krpa’ (mercy) portrays the turning point in one’s life due to his or her fortune to associate with such an exalted personality as Srila Prabupada, bringing one in touch with one’s true path or ‘dharma’.
The third and final part titled ‘Japa’ brings the performer and viewer in a meditative state as is the purpose of the Vedic chanting ritual known as japa, the essence of Srila Prabhupada’s teachings. This spiritual ritual aims to purify the human entity from all tinges of false ego, anger, greed, lust, envy and so forth, thus freeing the soul from its material conditioning.

As mentioned the peacock is a Vedic symbol of the inevitable cycle of time which brings forth loss, decay and separation. The Vedic philosophy known as Gaudiya Vaisnavism teaches human beings how to transcend this terrible effect of time. The grace of the peacock herein also symbolizes the graceful nature of this teaching, showing how one can look beyond temporary matter.

In ‘Pavan’ there is also a parallel made with the departure of Srila Prabhupada in 1977 and the loss of one’s mentor, parent, guru or teacher in life. Their teachings live on with those who were fortunate enough to receive such teachings, just as the teachings of Srila Prabhupada will always remain with his followers. In this way, the separation of a leader and his follower can increase feelings of devotion and can even increase one’s serving capacity, giving purpose to one’s suffering. In this sense, such powerful personalities become immortal and live on through their teachings and in the hearts of their followers, transcending time. 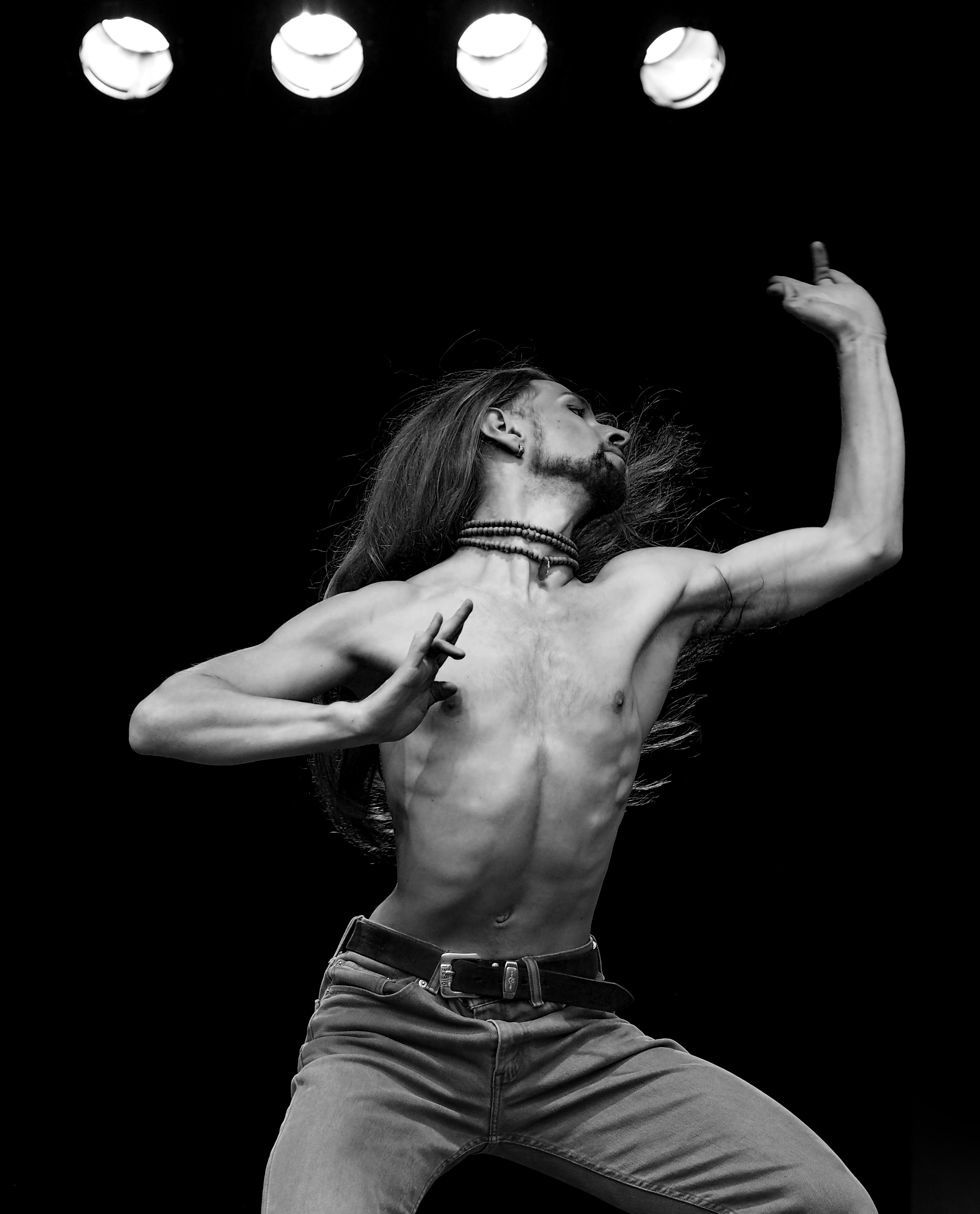 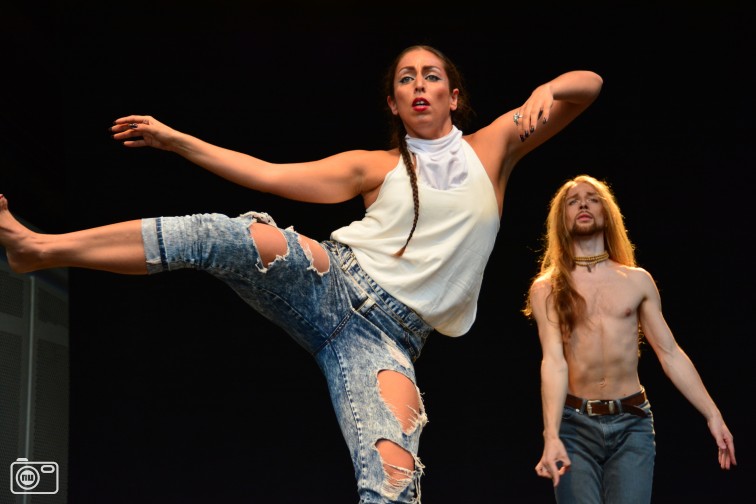 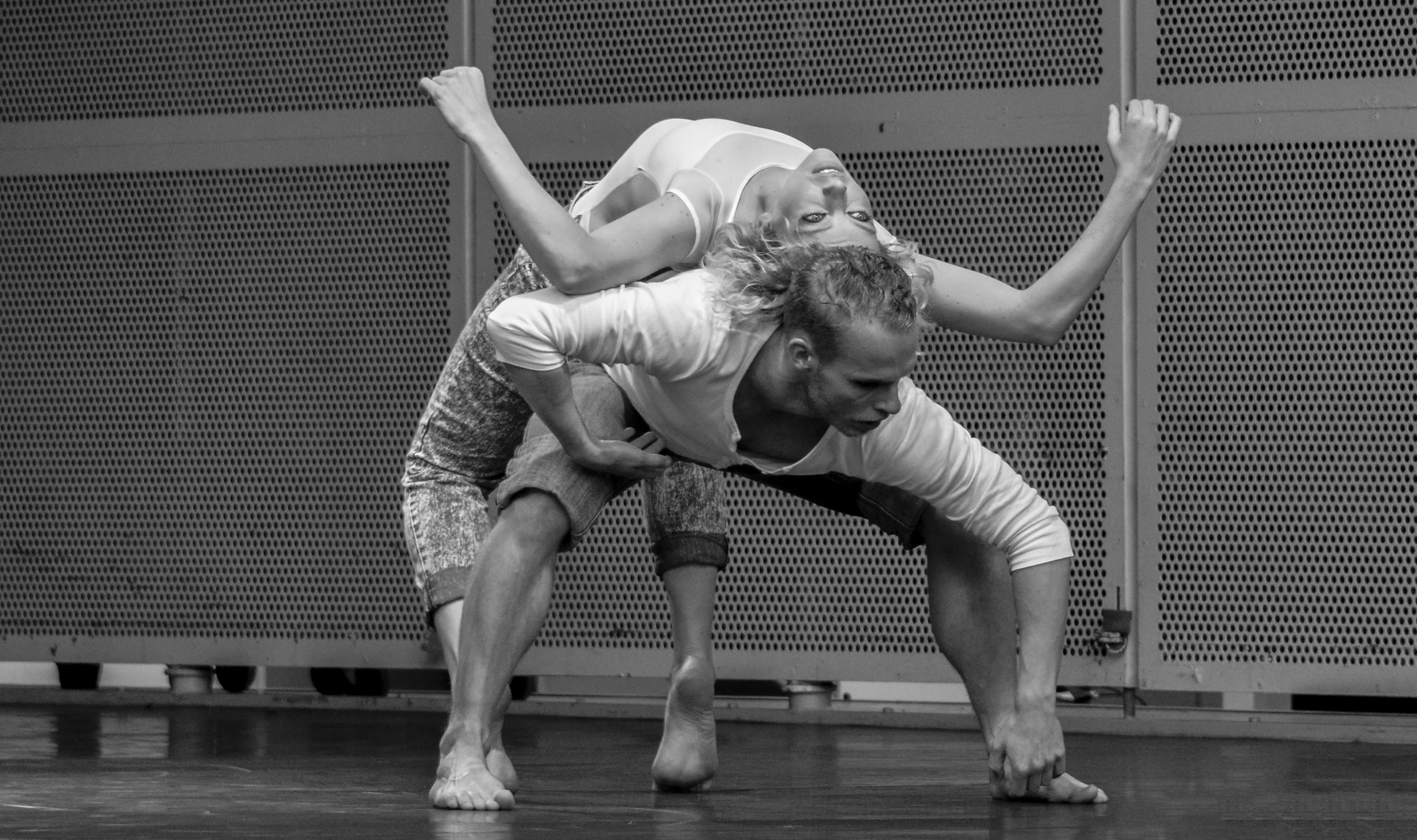 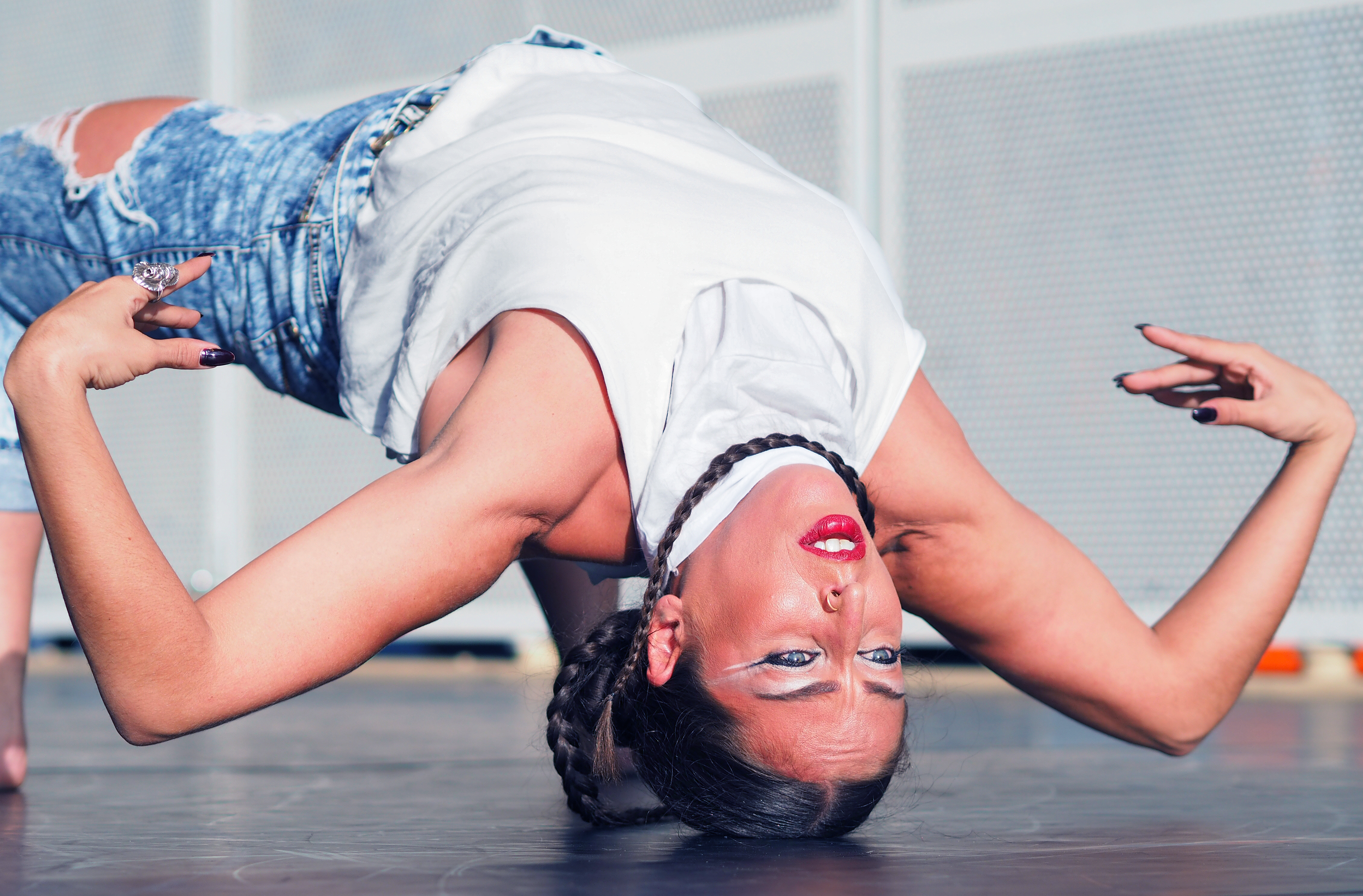 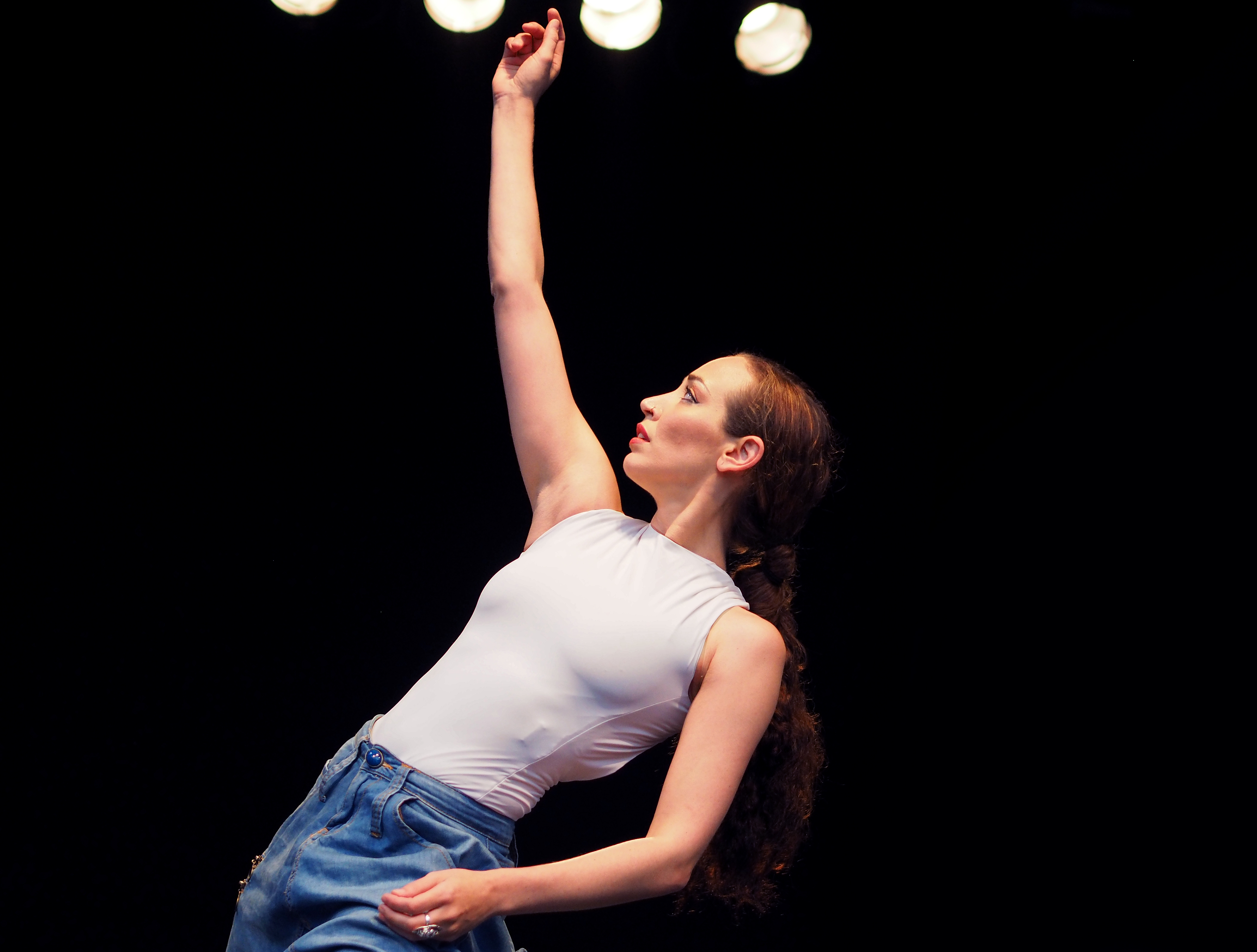 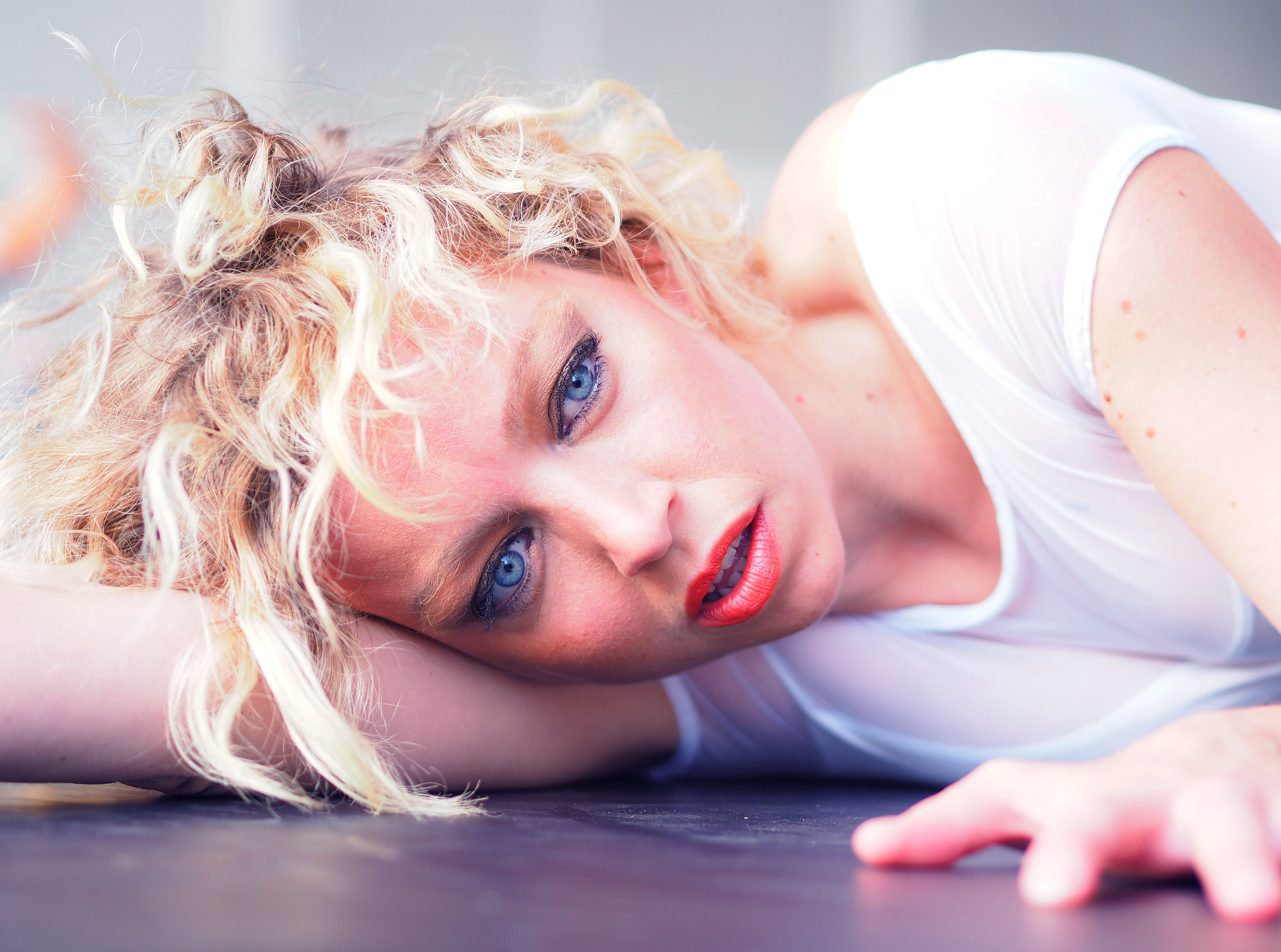 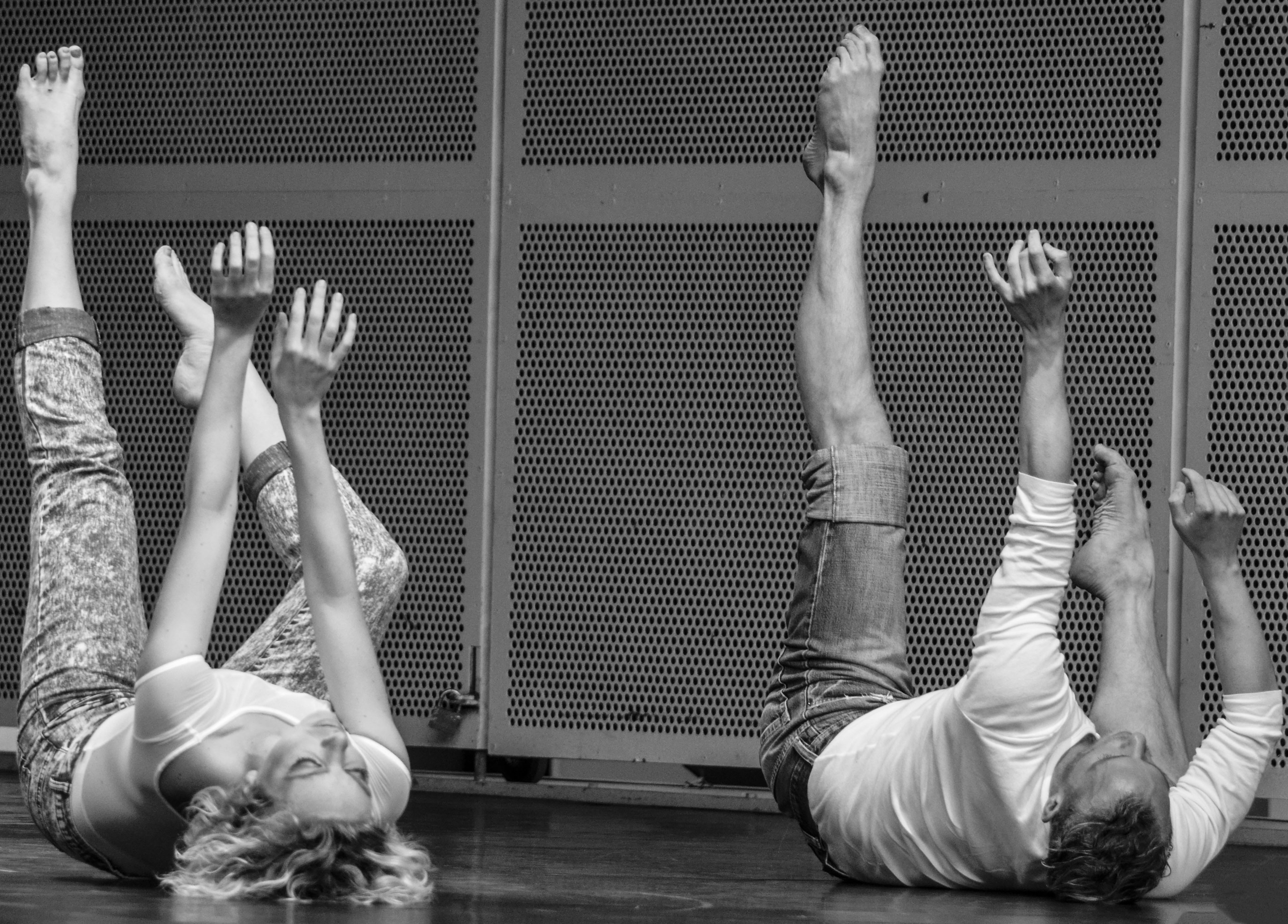 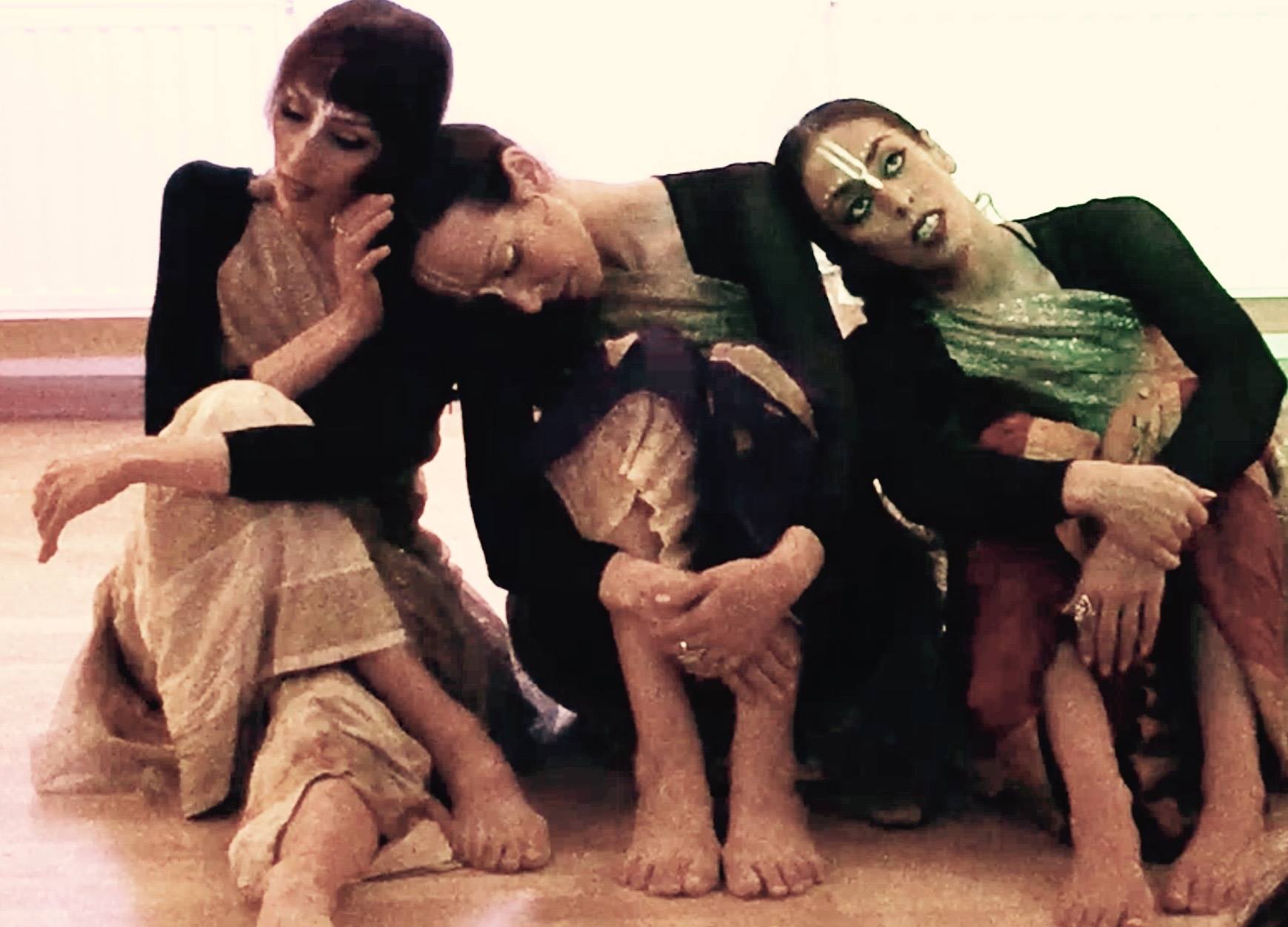 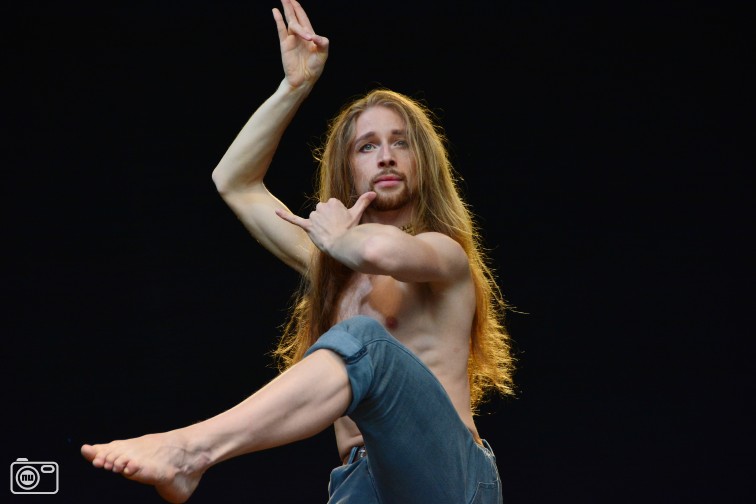 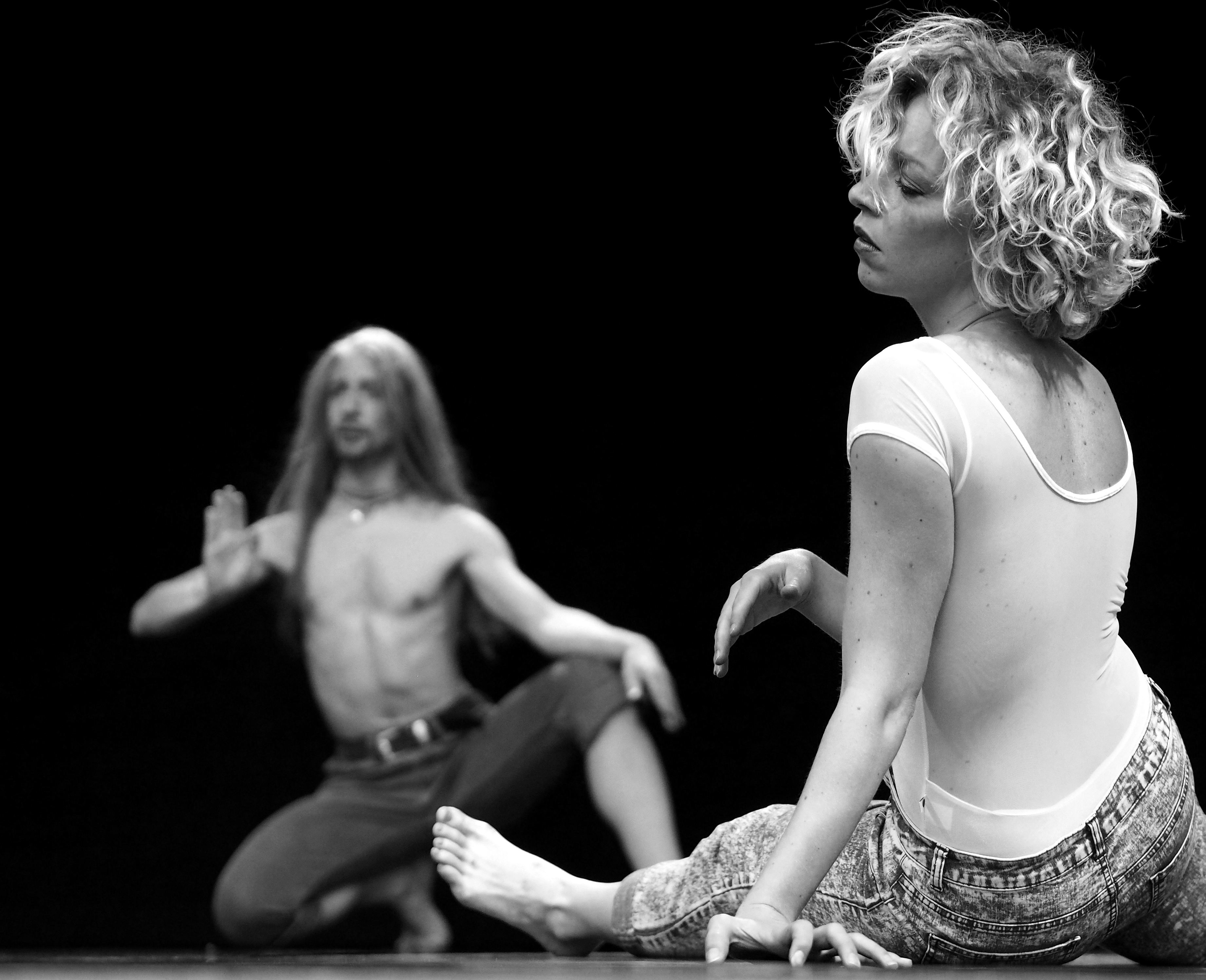 “Srila Prabhupada lived with the spirit of the Lord’s compassion shining through his heart. Through his example he showed how to live as a true well wisher and friend of every living being. The genuine essence of all spiritual teachings can be understood by observing his qualities, hearing his words and reading his books.” – Radhanath Swami

A.C. Bhaktivedanta Swami Prabhupada (1896-1977) is widely regarded as the worlds pre-eminent exponent of the teachings and practices of Bhakti-yoga to the Western world.
Born Abhay Charan De on September 1, 1896, in Calcutta, as a youth he became involved with Mahatma Gandhi’s civil disobedience movement. It was, however, a meeting with a prominent scholar and spiritual leader, Srila Bhaktisiddhanta Sarasvati, which proved most influential on young Abhay’s future calling. Upon their first meeting Srila Bhaktisiddhanta, who represented an ancient tradition of Bhakti (devotional yoga), asked Abhay to bring the teachings of Krishna to the English-speaking world. From birth, Abhay had been raised in a family devoted to Krishna – the name meaning the all-attractive, all-loving Lord. Deeply moved by Srila Bhaktisiddhanta’s devotion and wisdom, Abhay became his disciple and dedicated himself to carrying out his mentor’s request. But it wasn’t until 1965, at the age of seventy, that he would set off on his mission to the West. 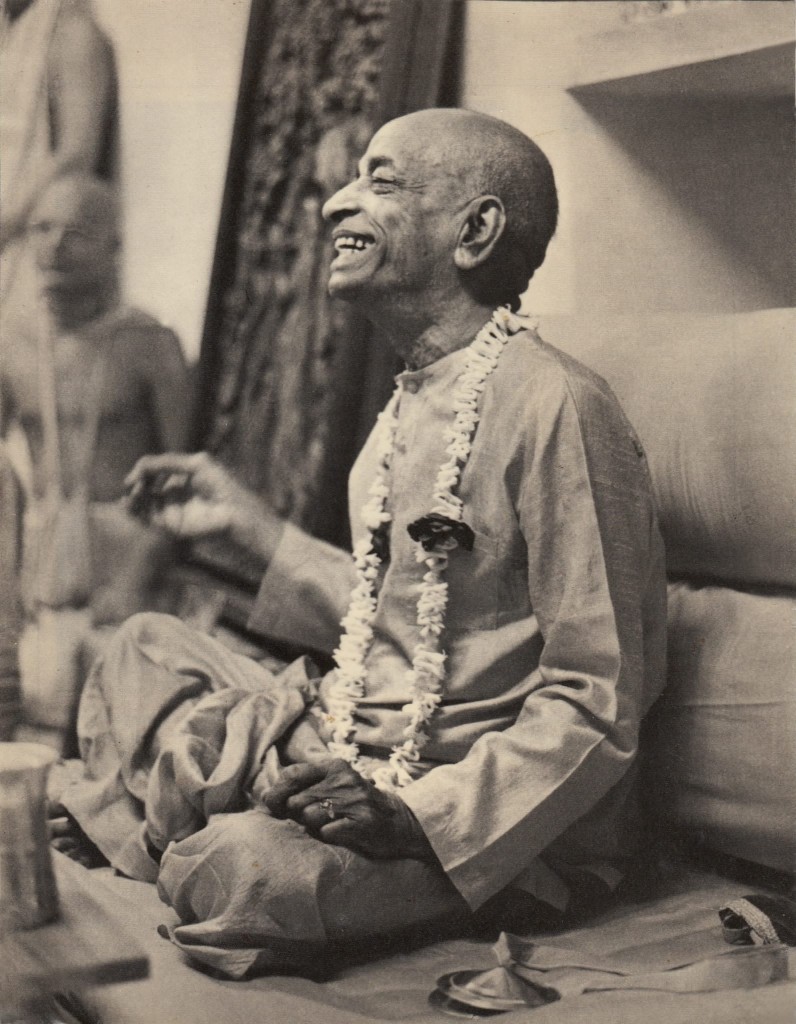 The revolutionary spiritual leader changed society during the ’70 by translating and bringing the most important ancient Vedic scriptures  from India to the West. Choreographer Vraja Sundari Keilman, daughter of disciples of Srila Prabhupada, grew up with this ancient philosophy amidst Western culture. This background shapes her vision of today’s world which she expresses through the art of theatrical dance. Her style and dance vocabulary in ‘Pavan’ is characterized by contemporary ballet infused and inspired by various dance disciplines such as Indian classical dance, various urban styles and classical ballet. Carried out by music tracks from George Harrison as well as contemporary ambient compositions, this genuine cocktail of cultures forms a majestic, yet touching dance performance dealing with the concept of time, heritage and immortality.